Unreal winds, howling at 65 miles per hour, drove the raging wildfire that changed my life. It was October 2017, in Sonoma County, California. The hills were blanketed in tall, flowing, golden grass; the days were hot. The circumstances were ripe for the infamous Tubbs wildfire.

The wine country of California is a beautiful, verdant place covered with trees, grapes and grasslands. There are wineries, businesses and houses sprinkled onto the hillsides and valley. Living there was magical, at least on the surface. Below the surface, people did not see the unhappy state that I was living in. My life lacked spark; it lacked joy. I had a vague sense of feeling, “Is this all there is to life?”

The night of the fire I went to bed, smelling smoke. I couldn’t see any fires in my area. I figured that it was a house fire, and I felt sorry for the people affected. I was awakened at 1:30am by a phone call; a robotic voice that announced, “Wildfire headed to your neighborhood. Evacuate immediately”

I jumped out of bed to open the back door – what I experienced was frightening! The sky was a brilliant orange. The wind was howling like a freight train, and the fire, which I knew was nearby, was roaring like a lion! It was a thundering noise; I will never forget that sound.

I woke my ex-husband up, we prepared to evacuate. In about ten minutes we were out the door, dog in tow. At approximately 1:45am, we drove north to the safety of my mother-in-law’s house. Our neighbor was slower at getting out; he stayed long enough to see the fire catch our houses. He photo documented the corner of our house catching fire at 2:00am; and then sent a photo of the entire house engulfed in flames a few minutes later. A large middle-income suburban house, utterly destroyed; turned into a two-foot-high pile of ash within a mere 10 minutes.

That night, 5000 homes in my community were destroyed, 25 people lost their life. All of the members of our community had the rug pulled out from under them. We were cast adrift; all of the distractions of life came to a stop; we were lost, untethered, homeless.

In the following weeks I was forced into a reassessment of what is important. What I realized is that I had not been valuing myself; I allowed myself to submit to the will of others; I let others construct a box around me to keep me within their boundaries. This applied to both my home life, as well as my work life.

A day came when I had to choose myself. I had to choose freedom from control. I left my marriage; and six months later I quit my job. I began to travel to experience different cultures. I wasn’t exactly sure how I was going to support myself; I just knew that I couldn’t live the way I had been living.

I started my writing career writing in several self-help anthologies. The first one was a book aimed at helping women to overcome adversity, entitled “Ignite Your Life for Women” published by my friend Jb Owen. My chapter was about the power of forgiveness; how I healed from my relationship; it was also about my healing from the effects of the fire.

My love of writing was awakened over the next few months. I began writing a fairy tale for a young friend. It was fun, creating new worlds and characters. The story grew and grew as I kept writing it; until it reached a point that I saw a potential for a new career for me. I sought out publishers; I was signed to a contract.

My children’s books are written to engage the children in the stories and the characters. What they may not realize is that they are being taught emotional intelligence, as well as given tools for managing their emotions. Mr. Rogers said in the 1960s that his program, Mr. Roger’s Neighborhood, did a great service for mental health in America by teaching the children that their emotions are both mentionable and manageable. My books take the children into a dive down that rabbit hole; opening them to feeling all of their feelings. The children may be drawn into discussions with their parents, discussing topics such as bullying, abandonment, and ways to step out of victimhood.

I started writing one book, and before I knew it, I had four. One book has blossomed into a series, the Bella Santini Chronicles. I am so lucky that the stories keep flowing into my brain, to be put onto paper. My days are magical as I follow this path to create the teachings that I was born to create.

This story is provided to you, simply so that you may know that you, too, have within the resilience and strength to reach for your dream. It can be scary, and that is why many don’t do it.

The best description of this situation I ever heard was from Preston Smiles. He said that we have a comfort zone; let’s call it a couch. We sit on our couch, in our comfort zone. We may not like the couch, but we know it, so we stay. In our minds we build a castle, a magical place in which we desire to dwell. It is on the other side of the room, and there is a ‘no-man’s land’ between the couch and the castle. Preston says only 10% will get up from the couch to move towards their castle. Those that do will meet resistance in the no-man’s land. Many will run back to the couch. Sadly, only 1% actually reach their castle of dreams.

For a large part of my life, I allowed myself to sit on my couch, in the comfort zone. It was too scary to move. A wildfire forced me off my couch. What is it gonna take for you to get off your couch? 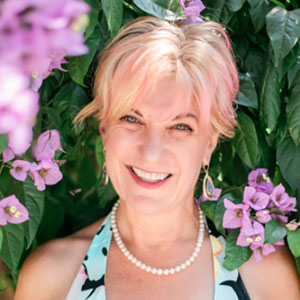 Angel Legh the Founder of Life Shift Academy and the author of Bella Santini: In The Land of Everlasting Change (The Bella Santini Chronicles), Choices: Inspiring Stories of Healing Through Alternative and Holistic Health Care, Ignite Your Life for Women: Thirty-Five Inspiring Stories That Will Create Success in Every Area of Your Life and Ignite Your Adventurous Spirit: Inspiring Travel Stories by Individuals Whose Lives Have Been Deeply Transformed. Her works have received high praise and is touted for helping children learn to be comfortable with their feelings and has been endorsed by Jack Canfield, Dan Clark, and others. The kind of people she helps include pre-teen children, their parents, and grandparents, teachers and educators, and psychologists, MFTs, LCSWs.

In 2015, Angela was given the honor of joining the Member American Mensa, which is an organization that identifies and fosters human intelligence for the benefit of humanity, encourages research in the nature, characteristics and uses of intelligence. She is also certified Quantum Energy Facilitator and certified to be an Ergonomic Assessment Specialist. She has done everything from surviving a house fire from a young age and temporarily living in the foster system to becoming an author and development coach with a specialty in establishing emotional resilience in both children and adults.

You can learn more about Angela at www.AngelaLegh.com.