You probably already know that I get my kids working and making money pretty early on. They start with little jobs around the house at 2, regular chores at 4, little businesses around 9, and by the time they are teenagers they are pretty good at making money.

Along the way, they are expected to read my books, as well as a few others that I pick out. They also usually sit in on various company meetings I have and training sessions I put on.

In the Summer of 2020, or as we call it ‘The Summer that never was’, I had my 3 youngest boys learn photoshop, web design, video editing, coding for Swift, HTML, CSS, JavaScript, Python, SQL and more. They became so proficient at it that I started giving them jobs and paying them for their work.

Although they do lots of things to earn money, the most impactful book that I created that has helped other families and their kids, not only mine, is my book Guerrilla Parenting: How to Raise An Entrepreneur, which became a best seller before I even wrote a word of it. To this day it is still one of my better sold books. The most important question I tell parents to ask themselves is, “Does my child’s current education live up to my child’s full potential?” If the answer is not an immediate YES, then it’s time to look into the unconventional for options. Guerrilla Parenting offers learning solutions and covers business plans for: You can get your copy of Guerrilla Parenting at www.GParentingBook.com With COVID still being a challenge and schools are unpredictable, it’s important to share with your child other avenues for them to find success in the world rather than relying solely on the educational system to guide them. 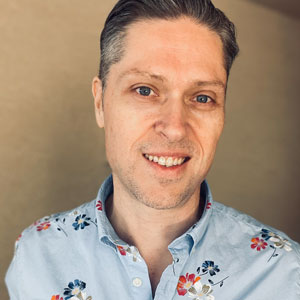 David T. Fagan is the former CEO of Guerrilla Marketing, which sold over 23 million books in 62 languages all over the world, as well as the former owner of LCO Communications, a Beverly Hills PR firm that has represented 58 Academy Award Winners, 34 Grammy Winners, and 43 New York Times Best Sellers.

Learn More
He has been featured on Fox & Friends, the Today Show, The Washington Post, Forbes, Investor’s Business Daily, Your World with Neil Cavuto, Fox’s The Five, and What’s Happening Now to name a few. He’s won major awards for publishing, publicity, and even the Entrepreneur Educator of the Year Award from Inc 500 Infusionsoft.

David is the best selling author for several books including Word Genius: What to Say and How to Say It, Guerrilla Parenting: How to Raise an Entrepreneur, Cracking the Icon Code: How to Become an Icon in Your Industry Through Your Advice, Image and Expertise, and Becoming Significant: How to Invoke Sacred Words that Unlock Real Power. He’s an International Speaker in places as far away as Dubai, Bangladesh, Kenya, and Australia. He has shared the stage with everyone from Former Secretary of Defense Dr. Bob Gates to Mark Victor Hansen.

David is the father of 8 children, (4 girls and 4 boys) and even has two grandchildren. He is married to Isabel Donadio-Fagan and they live in the Phoenix, Arizona area.