Skip to content
Share on facebook
Share on twitter
Share on linkedin
My foray into entrepreneurship came at the end of a four-day, intensive yoga conference in Hong Kong back in 2007. I woke up the last day before sunrise and intuited a calling to create a yoga-inspired clothing brand called Chakras by didi.
With no formal business training – I had dreamed of becoming Broadway’s next triple threat – I threw myself into learning everything I possibly could to equal an MBA in entrepreneurship. After spending more than 80 hours creating a business plan and securing seed money to start, I launched my first business to the tune of a 760% profit margin within just one year!  (They call me Speedy Didi, after all).
The truth is, I have always had the entrepreneurial spirit within me.  While I’ve certainly experienced many ups and downs through my years in business – ups including speaking at the United Nations and downs including losing over $250,000 in one event – there’s nothing else I’d rather be doing. Failures are part of every entrepreneur’s journey. The fact that I have failed actually means I have succeeded! I believe that if you want to be rich and to experience how amazing it feels to receive a big check or acquire great clients, you must also have endured the lows in business: the frustration of being told what to do when you work for someone else and facing rejection time and time again. Financial freedom is great but I believe TIME FREEDOM is even more satisfying. If you don’t have time to enjoy it, what is money good for? Plus, no successful entrepreneur ever has to ask anyone for permission to go on holiday! Being SUCCESSFUL in business requires that you constantly work on yourself because YOU are your own product. You must also make sure that you are always presenting the best version of yourself. And that means learning the art of articulation: being able to win the hearts and minds of your listeners with your use of language and body language. To be a successful entrepreneur is to be able to connect to another human being on a deeper level than just everyday banter. Once you are ready to present yourself and your personal brand to the world, here are the 7 Steps to Successful Entrepreneurship: 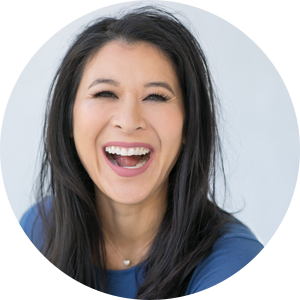 CEO of The Yes Academy