Chanting, humming, lifting our arms above our heads into a yoga pose, or perhaps laying on a Reiki table closing our eyes and imagining the light above. Above is where we are taught to look for spiritual wisdom, connection to source power, and the coveted sense of enlightenment and inner peace, the precious gifts of the spiritual personal development space.

Meanwhile, Joshua Bloom smiles across me with a gentle but intriguing smirk that says, “I have a secret!” Except, he clearly doesn’t want to keep it a secret. He clearly wants to appease my curiosity and be in full service to my connection-seeking vibration.

He’s a bestselling author, sure. Filmmaker. Master Coach. All of it. Yet the gentle smirk is about something else. Something deeper. Something playful, accessible, and there for me and for us both in this moment. I don’t think I even realized it right away, but I eventually think to myself “did he just hack every doubt I had about energy work right before my very eyes?”

He gives me another innocent shoulder shrug draped in a huge smile. “Everything that I do is easy. Everything I do is simple. Because the simple things work,” Joshua begins. He takes me back for a moment, breaking it down even further. The word ‘Quantum,’ he reminds me, is the study of possibility. And what Joshua does best is help bring these new awakened possibilities into reality for his clients.

His methods, known as “Quantum Energy Transformation™” or QET™, involve breaking down the complexity that other modalities employ to get the body to transmute unprocessed emotions, experiences, and uncertainties significantly faster. He goes further to say that “the goal of QET™ is to become a person who no longer requires the problem.” It’s like an upgrade in your human computer at the cellular level of the body. Joshua continues, “This is how I took myself from having chronic anxiety and panic attacks to living in my power, with peace and confidence. It’s all about the raw energy available to us in the Quantum Field that has a direct and vast effect on the cellular structure of our bodies. This power is within us all.”

He lovingly alludes to one aspect of his Quantum work as a form of “Instant Reiki” but when we lock eyes and smile at each other he must know that I know his offering carries a lot of density despite the accelerated outcomes. “It’s really Evolved Reiki” he corrects himself while blushing a little. He is obviously being modest about offering the same benefits within 5 minutes that might otherwise take 1.5 hours in traditional Reiki.

I don’t think he needs to be modest about it at all! I think it needs to be shared with the world immediately if not sooner! What’s so wonderful is that Joshua’s methods immediately simplify cerebral and intellectual concepts from quantum physics blended with Reiki and spiritual language. Offering services like Age Clearing™ to instantly release the charge behind trauma and Quantum Allergy Release™ to eliminate food, airborne and all other types of allergies as fast as 10 minutes, the QET™ process series provides quantum results at quantum speeds. There’s obviously a reason why his classes at the Quantum Energy Center fill up fast and his students praise him for his work and his presence. He’s a trained Reiki Master, among 19 other modalities, and also, he’s a magician of the Quantum Safe.

So, let’s talk about safety a little. Bloom looks radiant and bright during our interview, but I get a sense that things didn’t always feel as bright for him as they do today. With a deep breath and mindful pause, he confirms this for me with a brief anecdote that is also a powerful testimonial to his character. After struggling with crippling anxiety for a large portion of his life, Joshua recalled a moment from a time when he experienced debilitating anxiety during one of his Transformation sessions.

A cancelled appointment was miscommunicated and one of his clients showed up having driven over an hour to see him not knowing he was in the middle of a personal crisis. As he described the encounter to me, in which we together locked eyes and he transferred some of his wisdom to me. “You see, Jenny, what she said to me after our session was ‘Joshua, you still gave me all of you. You were there for me even though you were kind of a mess.’” What an amazing way of being!

Here’s what I took from that testament to his craft:

Even though it makes some intuitive sense to go “up” to spirit / source energy, there is a massive misunderstanding in the field, and it is in our social conditioning that God is only above us – when in reality, God is in everything. How does this affect our experience though? This is important. Joshua changed it all for me with this statement alone:

“Often when we think we need to go up, we sometimes get shocked energetically. In Quantum Energy Transformation™, we always go down to go up, so that you’re always protected. It is not common knowledge that such safety comes with going down energetically versus going up, but I’m working on changing that in our world, and more specifically, there is immense power in putting your attention at the base of your spine… I’m very big on the power of safety.”

Bloom noted that this download arose from years of experience visiting events and observing / reflecting particularly with students who were experimenting with different modalities. He recalls that he began to notice that when students are really focused on being in the body, they are not only protected from others spiritually but also from energy workers working with them. He says, “It’s the Beingness – that’s that magic inside us all.”

With this slight shift in understanding, it is extremely important to behold spirit energy and particularly honor our authentic divinity especially when we’re actually feeling anxious or “down.” What is above, so below as the saying goes, right? So, it is when we’re caught between feeling down and needing to “show up,” both for ourselves and others that Joshua’s 3 Quantum Hacks can be applied without fail.

There is a “quantum hack” in the vortex between down and up that Joshua has unlocked. The “key” is feeling safe and protected by grounding in the body and particularly at the base of the spine. The tailbone is the access point to possibility, the Quantum Field, and the connection with yourself.

In this way, the “Quantum Safe” inside us all serves a dual purpose. He shares that the aura self-heals when it opens, getting grounded through the base of the spine serves as a container for blending the electromagnetic frequencies and achieving faster results toward noticeable and lasting transformation. In another way, the body stores all of our traumas like a safe – It’s stored at the cellular level of the body as packets of energetic information waiting to be processed. So, unlocking the body in a protected field also opens up a world of possibilities to apply the results to one’s more tangible goals and desires in the infinite life space.

This brings us squarely to Bloom’s life work and tangible offerings. The acclaim he carries began while working on “The Ultimate Answer is Inside” documentary film around 2010 but he then revisited the idea of a book with the same title. What Joshua realized is that there are a lot of people who need introductions in these fields, because the science just isn’t readily available even though it’s there. Although you don’t need to know the science to unlock the transformation, the scientific contributions in the film and book are extraordinary and provide a guidebook in hacking the “quantum safe.”

What is revealed in the film, book, and his courses is that unlocking the science of Quantum Physics, Mechanics, and overall possibilities unlocks the process of “Quantum Energy Transformation™” which unlocks the benefits all for exponential “Quantum Doors” to open in your life.

Three things separate his QET™ from everything else:

Taken together, QET™ is appropriate for anyone from beginner, intermediate to advanced and really invites you to “come to the edge” of your experience. Whether you’re a highly sensitive empath or a skeptic, you’re safe with Joshua to unlock the Quantum Safe inside.

For more information about Joshua Bloom and QET™ visit: www.QuantumEnergyCenter.TV 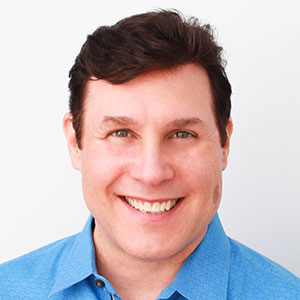 Trained in over twenty different healing modalities, Bloom has been featured on the front page of The Washington Post, as a successful corporate coach. He is a passionate teacher of QET™.

Bloom has developed other healing processes such as Age Clearing™, Past Life Quantum Healing™, and Quantum Allergy Release™.