I’m conversing with Mas Sajady, founder of Xponential Intelligence (XI), to connect more about his life-changing journey, which kick-started after his second near-death experience.

The world of science and medicine has not caught up to the 60-year-old core frequency healer’s heightened human abilities. Sajady does not appoint his knowledge from being a psychologist or a doctor, nor to psychic abilities, but being able to bring out a person’s “brilliant self” in order to invite the solutions to their problems.

Sajady claims that there is an efflux in innovative science today. “Without proof or without scientific research on it, it doesn’t work,” Sajady says, “One of the biggest research facilities in London, wanted to study me and they came back and said no, because there was no research on me, and I’m going, ‘well that’s why you’re a research center’,” he laughs.

Sajady’s abilities may defy conventional medicine and mere scientific laws, but he has it down to his own science and technology; using terms like “IP address” and “algorithms” to describe the way he taps into people’s design and rewires their patterns.

“The difference between Google and me is that I don’t gather data, I experience it,” Sajady says.

Offering sessions from self-produced programs, such as Xponential Intelligence, The 18 Day MediMorphosis, and Medihealings that rely on meditative healing practices, Sajady’s abilities include removing core issues by “editing space and time” to bring forth people’s most brilliant selves. “It’s my thesis that I literally change people’s genetic structure,” he says.

With hundreds of thousands of clients under his belt, Sajady has worked with people of all ages, including children; in fact, some of his bigger breakthroughs involve working with children. Sajady opened up to me about the time when he met with a 10-year-old girl who was on medication and seeking help through four therapists. One therapist even suggested to the mother that the next step for her daughter was solitary confinement for six months, excluding all human interaction.

After working on her for about 15 minutes, the results were apparent. “The next day she was just a little normal girl, and she stayed that way,” Sajady says. “When you see the brilliance of somebody come forward, through all their darkness, it’s just so humbling… it’s about bringing out the best human in people. When you can wake up somebody at that level and help them change, it’s a beautiful thing.”

There’s something larger than life about Mas Sajady, his work, and his abilities. Almost like a character from a Sci-Fi movie. I asked him about some of his favorite books or movies relative to his work that can reel people into understanding exactly what he does. He accredits Dr. Strange as one of his favorite movies, “it’s literally about changing space and time, in fact, I have a lot of Hollywood writers that join my program, and some definitions in the movie are literally the same definitions that I use. I’m curious to see if a writer of that movie was part of my group,” he says.

I know that success looks different to everybody. I also know that some may view success as the number in their bank account or the office that they work from at their corporate job, but I was curious to know more about Sajady’s attitude towards success and how it has developed over the years. He explained how success looked very different to him before his second near-death experience and what he calls “the dark nights of the soul”, limited to pursuing physical wealth.

“As I got into the work, I figured out what success was. Success to me is abundance beyond physical measure. All aspects of you are at 100 percent, or close to 100 percent. Success to me is pushing the boundaries, the human limitations, that put a pause on society, consciousness and what possibilities are out there for us.”

Mas Sajady continues to impress the world with his abilities by offering free YouTube Livestreams every Sunday, with a 15-minute frequency scan and a 20-minute Medihealing. He also shares some of his groundbreaking insight through his own Xponential Intelligence podcast. 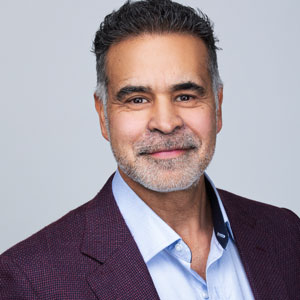 Mas has helped tens of thousands around the world break through challenging situations in their personal and professional lives so they achieve not only success, but also significance in their lives.

Xponential Intelligence® (XI) is a science based body of knowledge that Mas Sajady discovered after his 2nd near death experience. XI explains the secrets to success and happiness from a quantum physics perspective. The process removes issues at the core of your being so you can reach your optimum potentiality and attain rapid & tangible results.

Mas is known as a game changer throughout the world as well as one of the best kept secrets for high profile individuals. He has worked with business leaders, influencers, medical and healthcare providers, professional athletes, celebrities, the Royal Families in UAE and Monaco, Fortune 500 executives that include Capitol Records, Cardinal Health, Starbucks, Facebook, Fox, CCTV, CIA, Forbes, Microsoft, FedEx, Australia Post, China Petroleum and more. Mas also donates his time to assist schools, hospitals, special need groups, local communities and people from all walks of life.