Shannon is more than the creator of three, soon to be four, books and a best-selling author.  He boasts a diverse resume, including Merchant Processing Rep., Real Estate Investor, Public Speaker, Success Coach, Entrepreneur, and Radio Host.  A quote Shannon used from the popular kids’ TV show, Teen Titans, explains him best, “I’m not smart enough to know everything, but I was dumb enough to try anything.”  Yes, his resume is impressive, but it’s the journey to the significant success he is today that’s truly inspiring.

During 2016 one impromptu 8-minute emotional video posted online set Shannon on a whirlwind self-discovery journey.  For 21 years, he voluntarily taught 125 to 150 kids a week the piano, trumpet, and drums.  When suddenly, the owner of the music school retired at 80 years old and permanently shut the school doors, along with Shannon’s identity.  Shannon expressed his tearful goodbyes in that emotional video, which gained over 1000 views and positive responses.  Yet that didn’t prevent him from falling into the 9 to 5 Merchant Processor rut for months.  Every day the same, work then home, work then home, work then home again—no idea as to the direction of his life or what step to take next.  Yet the constant feeling that something huge was missing was gnawing at him.

That November, after the school shut its doors, Shannon saw several online improvement courses for becoming a speaker, writing a book, becoming a coach, how to promote yourself, and more.  He purchased them all.  Realizing the ambition of his purchase, Shannon checked into a Wisconsin resort, locked himself in the room, and completed each course within one exhausting week.  A new thirst for life manifested within him. Equipped with newfound hope for his future, Shannon hopped on a plane to California that December for a Real Estate training seminar.  There, a friend in Orange County offered her home to Shannon for Christmas dinner.  Now describing as the best night of his life, Shannon shared a meal with people of diverse ethnicities, cultures, backgrounds, and sexual orientations.

All night the home was filled with laughter, riveting conversations, and holiday cheer.  The same evening, a stranger turned friend, convinced Shannon precisely what his next step in life was to be.  Each day he is to post a one-minute video and call it My Motivation Minute.  On January 2nd, 2017, Shannon did just that.  The original videos instantly gained traction on Facebook, Twitter, and Instagram.  Shannon explains, “I press record, and I don’t care if I stumble.  I don’t care if I sneeze in it.  I want you to see Shannon and his raw form.”  And with that, My Motivation Minute was a hit.  With over 90 recordings already posted online, a friend asked Shannon to speak in Tampa, Florida, that April publicly.  Flying there on his dime and rocking the stage, an audience member, impressed with Shannon, offered him to speak at his camp in Las Vegas, Nevada, that July.

With each new speaking event, Shannon’s connections were steadily growing and new opportunities along with it.  Once again, a stranger showed Shannon the next move on his journey of self-discovery.  He is to enter a podcast radio show contest.  Questioning the stranger as to why, she told him, “It’s your time; you need to do it.”  Following the contest rules, Shannon created a 3-minute video explaining his podcast would be about people in the movement of their lives, appropriately calling it “The Movement.”  February 2018, Social Media voted on the best podcast show pitch, and Shannon won.  With the little interviewing experience, he was terrified by the time “The Movement” launched on April 11th, 2018.  Shannon believed if he just listened, really heard what the guests were saying, and asked sensible questions, the show would run smoothly.  He was correct.  With only a 12-week contract, “The Movement” was soon coming to an end when an avid listener and friend sponsored Shannon’s podcast for an additional 52 weeks.  For that extra year, Shannon finetuned his listening and communication skills and learned to be a better host.  People began calling in and wanting to be a part of the podcast.  Soon it gained so much popularity it was broadcasted in England, Switzerland, China, Japan, and the capital of Romania, Bucharest.  Shannon plans on bringing “The Movement” back in early 2021 with the same focus on people and new coverage on current events.

While Shannon won the podcast contest, he was also writing his first self-published book, Your Motivational Manual Volume One.  Filled with passages of his creation that encourages self-examination, critically-thinking, and inspires the reader into action.  Shannon supplies real-life scenarios that readers can easily relate to in hopes they will find a lesson within his words.  Then during August 2018, Shannon published Your Motivational Manual Volume Two with similar inspirational content, and all while simultaneously creating his third book, Movement Mastery.  Different from the first two books, it focuses on Shannon’s childhood growing up as a young black man in Chicago and navigating a strict household.  Raised by a Father with 29 years of Naval Reserves experience and a stay home turned working Mom that demanded respect and expected promptness.  Also, the requirement to share everything which one can only experience growing up with a twin.  On March 6th, 2019, Movement Mastery launched and became a best seller that night.  With a capturing true story like Shannon’s, it is no surprise why the book became an instant success.

“I did all this not to put money in my pocket,” Shannon explains; when kids are in college, they sometimes don’t know what to major in.  The same can be for adults; they do not know what their “major” should be in life.  Most people are trying to figure it out as they go, but what happens when they hit a roadblock or lose sight of the road?  Some may freeze with fear to shift in a new direction.  They need guidance and help to move forward.

Shannon’s experiences thus far have led him to his new and current path, a success coach.  With a passion for helping others and being in the “people business,” he encourages adults to figure out what they need, what they want to accomplish, what they are missing, and where in life they must shift.  Like the conversational approach he used during his international podcast show, Shannon’s coaching style is relaxed and straightforward.  First, asking the client, “what do you want,” Shannon breaks down the conversation and searchers for the hidden breakthroughs.  Scribing each word of the hour session, Shannon listens intently to his client, only interrupting after granted permission and asks the uncomfortable questions, which helps the client discover the root of the issue.  The sessions are never about himself, exclusively focused on the client and the results they need.  Near the end of the hour, Shannon supplies the client something to ponder for the remaining week.  He tells his clients, “you consistently need to take advantage of your membership every day, which is your life.  Be engaged in your life, take advantage of it to its fullest, and exhaust all of your possibilities every single day.”  To help clients reach their full potential, he tells them there is nothing they can’t do, “…the only person to stop you is the one that you look in the mirror.”

Today, not losing an ounce of ambition, Shannon is writing his fourth book, which will have personal stories about being a black man in America and sharing the four separate encounters where police officers racially profiled him while operating a vehicle.  Shannon confesses, “I can never convey to people the fear that comes over you.”  The difference between thinking, “Oh great, how much is this ticket going to be” compared to “I don’t know if I’m going to make it home alive.”

He is looking forward to relaunching his podcast “The Movement” and interviewing more substantial individuals and hearing about their journeys.  Shannon is consistently taking advantage of his membership in life and spreading his words of wisdom to audiences all over the USA, recently selected as top 25 of the 628 applicants for the Train of Positivity Summit.

Not only does he coach others, but Shannon also has three uniquely different coaches that encourage him never to stop learning and rediscovering his full potential.

It has been a long road since that day Shannon posted the 8-minute emotional video that started it all, and yet, his whirlwind of a journey has only just begun. 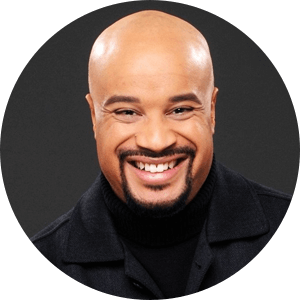 Shannon D Hughes is a personal and business success coach. He was certified as a speaker by Icon Media Builder and also certified as a coach and speaker by the prestigious John Maxwell School. He has authored three books with one of them being a Best-seller entitled Movement Mastery: How to Find Your Motivation and Create Lasting Momentum. He is also a successful merchant processing rep and investor. He is a member of the Speakers Coalition and host of his Internet radio show The Movement which is currently on hiatus which will relaunch sometime in 2021, and can be found on the Spotify and iTunes. The show originally aired on April 11, 2018 after successfully winning a social media contest to have his own show. It was launched on Voice America which is one of the premier Internet radio platforms in the world.

Shannon had the honor of interviewing people such as Frank Shankwitz who is the former founder of the Make-A-Wish foundation. Sheldon Reynolds who was a member of 14 years of the Hall of Fame and legendary group Earth Wind and Fire. Kent Clothier who is considered one of the premier real estate moguls in the world. Shannon has gotten a chance to speak at networking conferences in Tampa Bay, Las Vegas, San Diego, Phoenix, and Los Angeles. He was recently featured on Hearts Unleased podcast with Abigail Gazda which aired on September 27, 2019. He was also featured in Keynote Magazine which focuses on impactful people on the speaking circuit. You can go to Shannon’s website www.shannondhughes.com. Shannon’s motto: Take advantage of your Membership.